AI Writes Scripts: The Next Big Thing In Entertainment 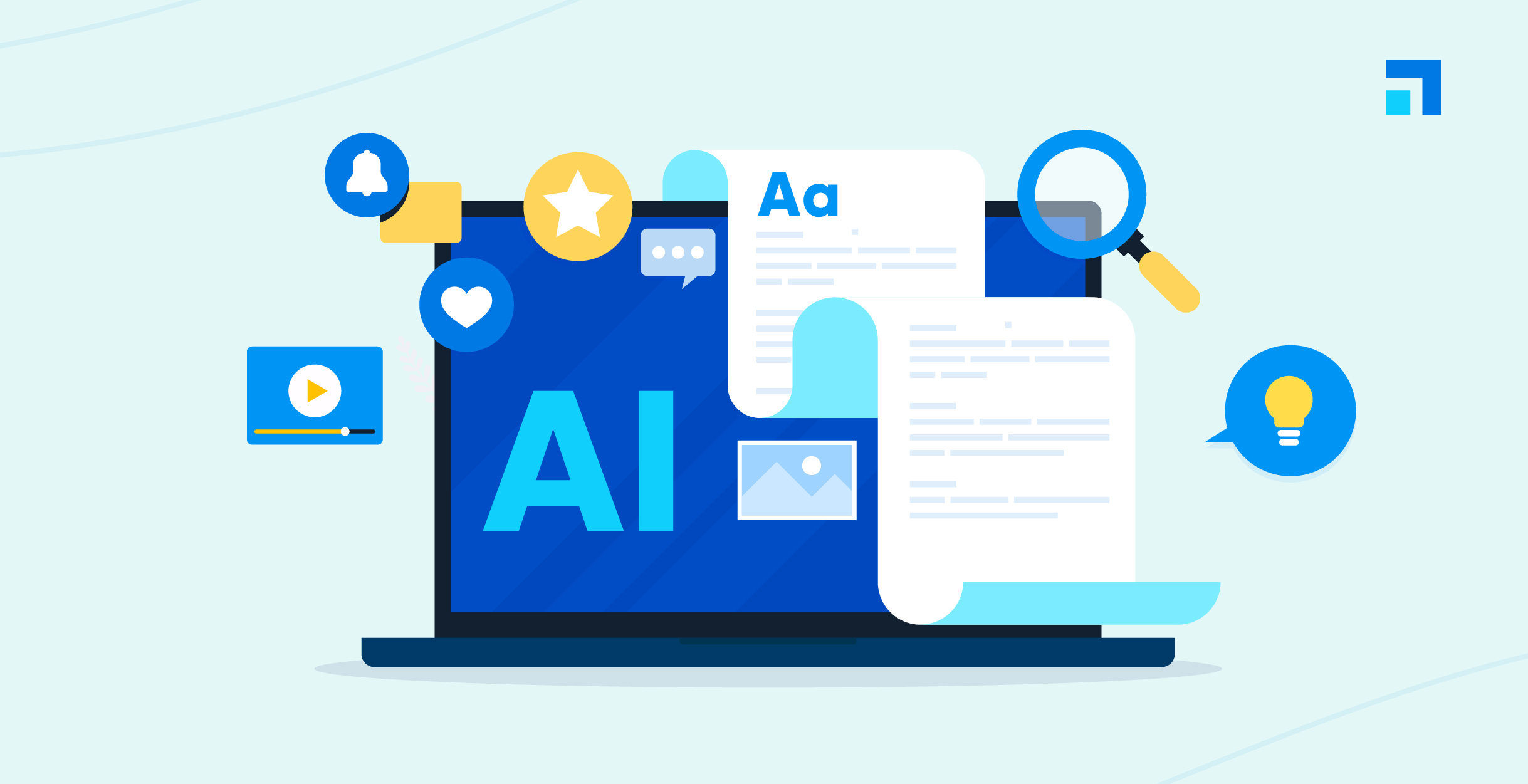 From auto-generating news articles to predicting stock market movements, AI bot is poised to transform the way we interact with our technology. It's also likely to make us more productive.

Well, who would have thought that the AI would be able to produce the movie scripts or the scripts using a story you have served them.

Sounds intriguing? We were amazed to see that and wanted to research before writing this article.

Can an AI write the script?

The answer is yes, but it's not easy or cheap.

Scriptwriting is a very creative process that requires many hours of work. It's not something you can get done by an AI in less than 10 minutes.

Right now, AI can provide the script. We still need to think of the plot, character development, and other details. In other words, we can train this GPT-3 technology to produce musical lyrics, movies, and short scripts.

An AI, along with machine learning, can create a script used in movies and games. Some machines like IBM's Watson are already producing best-selling songs how humans do, so it's only natural that scripts would come next.

However, it would still need human intervention.

The recent Twitter post by comedian Keaton Patti shows you what the AI will produce if given a text to analyze. Keaton claims that she used the Bot language to generated a batman movie script.

However, the bot did not use the same language that Keaton used.

In a nutshell, The AI can produce a script, but it cannot write one by itself. There are also some issues with this concept, such as copyright and plagiarism.

Other things that need to be taken into consideration too.

As a result, it's unlikely that bots will be able to write scripts soon without any error.

What are bot scripts?

Bot scripts are an automated version of a screenplay. In this case, the script is written by an AI bot and it's not human-authored. The idea is to automate some tasks that humans find tedious or impossible.

They're used in games, movies, animation and music.

They are also used to write the lyrics of songs, create music videos and even generate story lines for movies. Some bots are still being developed to perform tasks that humans find impossible.

The AI scripts are designed to work in different modes:

The machine learning mode; in which the machine analyzes any movie and writes its script by predicting what the audience wants to see based on various factors such as dialogue, special effects, and plot.

Now, the AI script writer has various working modes, but it is also important to understand the events it detects.

The AI script uses several techniques to detect the events. Some algorithms use Machine Learning and deep neural networks, such as those that can recognize faces or cats, while others rely on rules and heuristics.

An AI comes up with ideas for movies by looking at specific things:

Based on these factors, it will decide what to write and how the characters should act in a movie script.

AI scripts can detect different events that may happen during the movie making process. These include:

The events that the AI writer detects make the script more interesting and relevant to the viewers.

An example of this is in the film "Morgan", where there are three different endings based on what happens after an event in the movie.

Now, it is completely up to the human to choose the script they think is best for their audience.

How Was a Movie Made by an AI Script Writer?

We have taken a great case study for the movie 'Date Night' to understand this better. Built In used the calmity AI to create this movie script.

As said earlier, you need to train the AI technology for better output. Furthermore, you need to give the AI enough data. The movie script created by this technology was based on the actual script of the movie 'Date Night.' The AI used this script as a template, and then it adapted it according to its ideas.

So, the computer program takes on working as an assistant for the director and does all the writing work.

This way, the screenwriter has more time to focus on other aspects of movie-making, such as directing.

The general steps involved in writing the movie script using AI are:

1. The director outlines a premise. In the case of "Morgan," these were written by its creator, Luke Scott.

2. AI software analyzes this text to provide keywords, phrases, and tags--known as metadata--that will guide how it writes the story. It then chooses one of three possible outcomes to guide its screenplay.

3. The AI uses keyword combinations to fill in dialogue, describing what happens at key moments in the film.

4. The director approves or makes changes as necessary.

5. The AI then writes the next draft of the script, incorporating those changes, then vetted by a human screenwriter. It would be the final version of the screenplay before it's turned into a film with funding and support from producers.

So, AI for the writers can be a great time-saver but do not rely on it completely.

Does AI Dream of Writing Screenplays?

AI has now solved many problems, including this one. It can analyze text and provide helpful information on how people react when certain phrases are used in a script.

Can it write the songs for me? Yes.

Can it write the recipes? Yes.

And does it write scripts? Of course.

If you input the beginnings of the script, the AI will follow the playback, screenplay and finally, it will output the script as you have written.

The new AI is being used in different fields of science and technology, from art to medicine. It can be a great tool for writers to create their scripts by having a human proofreader give it a final touchdown.

Building a Script with AI

To build a script with AI, you need to have an existing script. It is not very difficult as many people write scripts for movies and TV shows all the time.

The only hard thing about this process is choosing what information you want the AI to analyze. You can choose to analyze dialogue, descriptions, or action.

If you want the AI to write your script, you will need a screenplay as input, which is fairly easy. The biggest challenge with creating a script with AI is choosing what information you want it to analyze.

There are many options for the AI to analyze, and you can choose from: Dialogue, Description, Action or even emotions. The AI will then analyze the script and write it for you.

Writing a script with AI is not a perfect process.

First, the AI is only able to analyze the information you give it. It cannot think of its own and cannot make new sentences out of existing ones.

The AI will only analyze the information that you give it. If you want to build a script with AI, make sure your script is good enough for the AI to work. It means that there are no errors in your writing and grammar as well as punctuation.

Lastly, it is important to bring the computer's vision to life to improve the outputs.

Bringing the Computer’s Vision to Life

As a part of AI, computer vision has contributed vastly to filmmaking but is still in progress. Certain limitations to AI, such as its understanding of language and lack of creativity in writing, have been a major hindrance to this process.

To help AI overcome these limitations, various developments are being made to computer vision software by the people working in this field.

Many advancements are being made in the field of AI, and there is no end in sight. As time goes on, these advances will help us create more sophisticated scripts with computer assistance.

As for now, the scriptwriter needs to provide the input and choose the best output from many. In the near future, we hope to tackle the filming process from AI, including choosing the best shooting locations and setting up shots and camera angles.

AI: Coming Soon to a Theatre Near You?

Soon, AI will be a common tool in the filmmaking process. In order to bring a machine-written script to life, artificial intelligence must work in tandem with a living person.

AI will make the scriptwriting process more efficient and eliminate errors. However, as AI gets smarter, it may be able to learn how to write itself. It would be a huge step in the advancement of AI.

For now, the scriptwriter must work with AI to get things right. 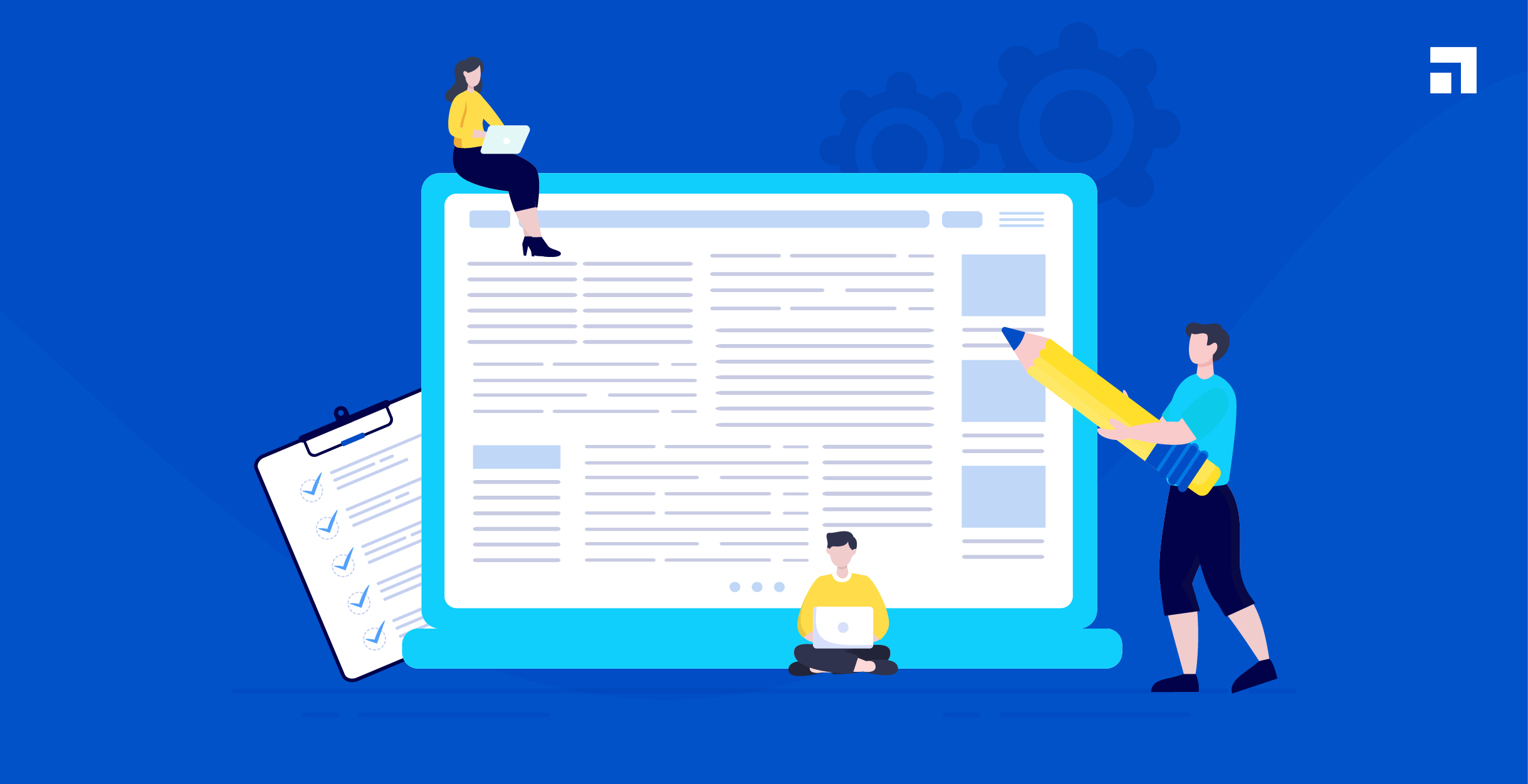 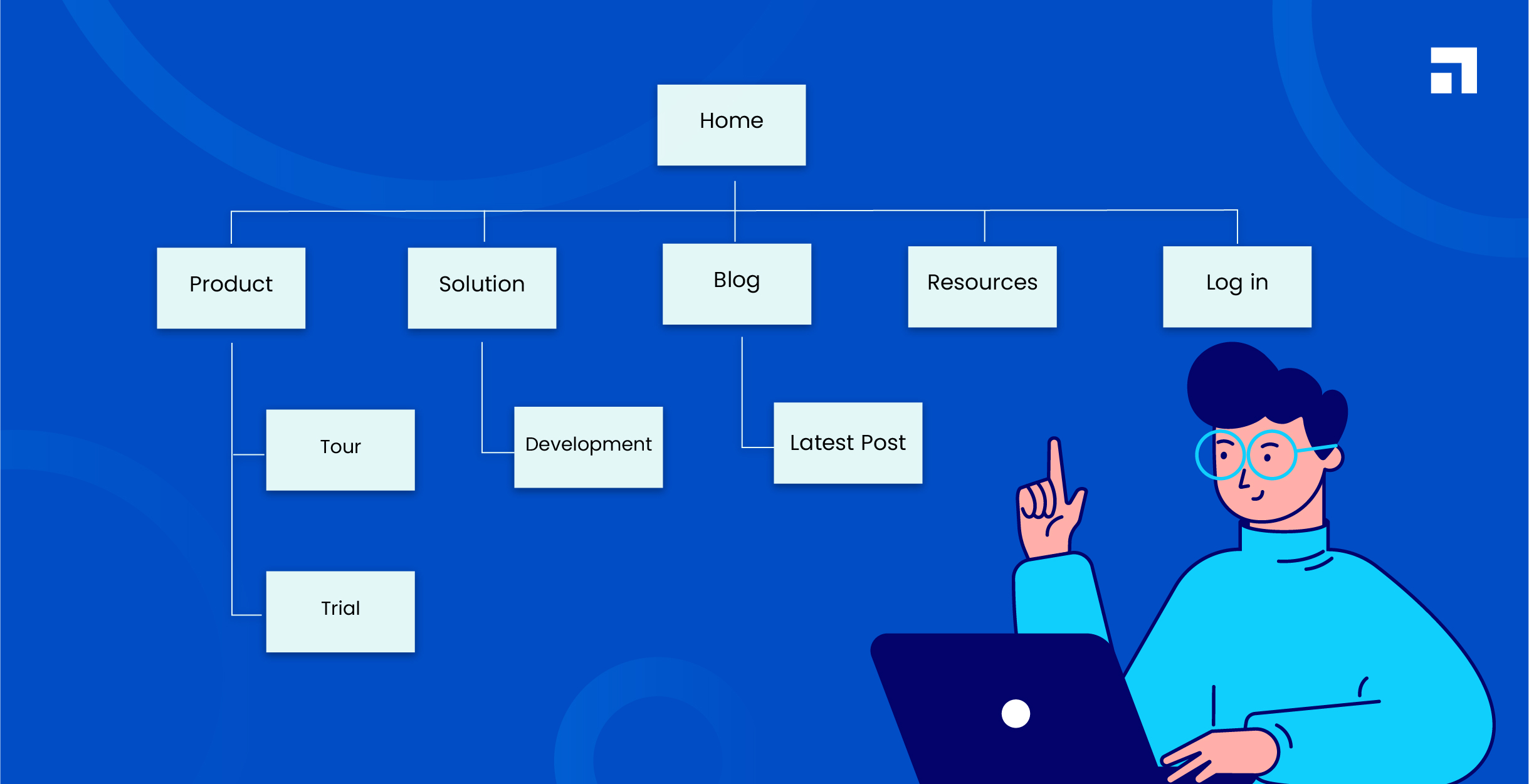 Different Sitemap Examples: How to create an effective sitemap for your website?

Do you know what a sitemap is? This article talks about the different types of sitemaps and sitemap examples and how search engines can use them to index your website faster. 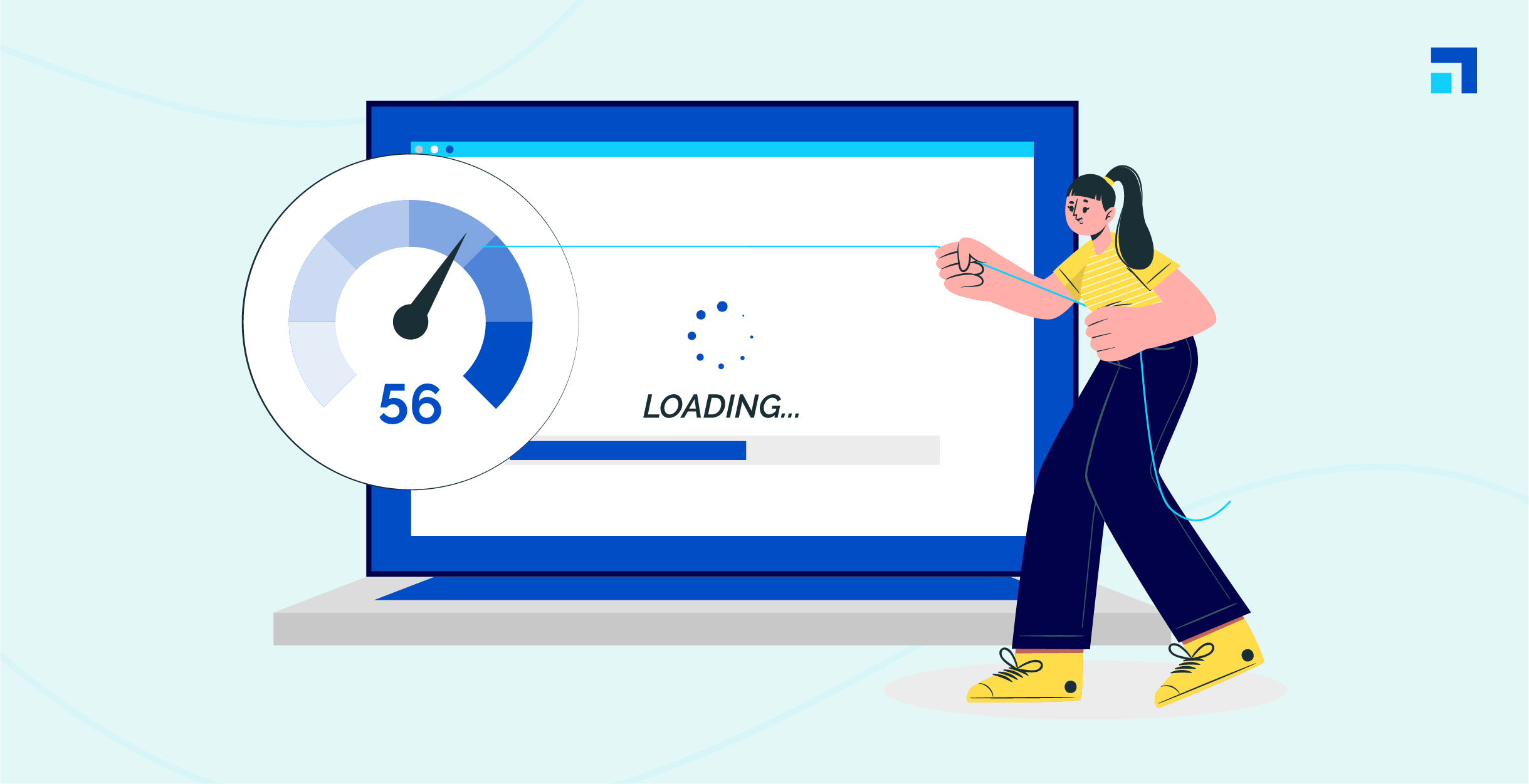 What is Page Speed: why does it matter so much in SEO?

Do you know what is Page Speed and how it affects the performance of a website? This article will tell you how it can be improved by following these easy steps.